Loncala Phosphate Company was chartered in April 1920 and began as an investment in Florida real estate obtaining phosphate rock reserves and production facilities to supplement other activities in the import/export business.

The original hard rock phosphate activities were short lived because of negligible reserves and the discovery of high-grade phosphate deposits in Morocco.  During the following years many endeavors were tried including a turpentine operation, tung oil groves, building materials, cattle, crop farming and forestry.

The soft phosphate operations, which commenced in 1940, had been the main source of revenue, enabling land clearing and site preparation for improved pastures, crop farming and a reforestation program, which started in 1950. 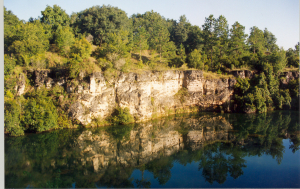 Loncala was successful in this expansion partly because of a program started in 1993 of selling unproductive lands and replacing them with more productive timber growing property, most with timber at an average of 10 years of age.  In 1995, the company also purchased a long-term timber lease that increased acreage of planted pine by 3,800 acres.  In 2006 the company expanded its operation into Red River County, Texas with the purchase of 15,000 acres of well-managed timberland.

The cattle and farming operation was expanded in 1996 with the purchase of 350 head of cattle.   At present Loncala manages a 400 head cow/calf operation, growing hay, and selling grass seed.

All operations are managed from our office in High Springs, which was built in 2007 on our ranch properties.  Today Loncala employs 20-25 full time employees in the land management, farming and logging operations.